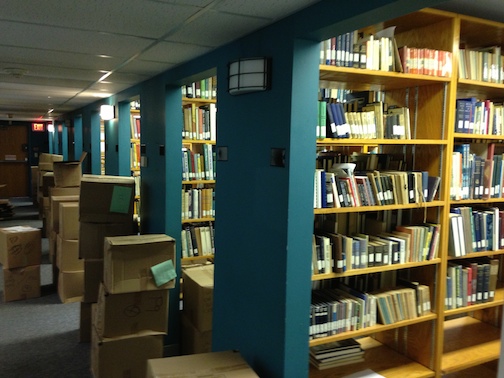 SSHSA’s library has been in storage since the 2006 move from the University of Baltimore. They are very excited to make it available to researchers once again.

Matthew Schulte and the board and staff of the Steamship Historical Society of America will be officially opening their new headquarters with a ribbon cutting ceremony on October 15th. Speakers will include Congressman James Langevin, Warwick Mayor Scott Avedisian, CDR Marc Cruder, USCG Ret. (Traveling Senior Marine Inspector for USCG), and Erik Ryan, SSHSA Board President.

CAMM president Dave Pearson sends his congratulations on behalf of all the members of the Council of American Maritime Museums. The new facility is at 2500 Post Road in Warwick Rhode Island.