2014 CAMM meeting attendees in front of the National Museum of the Great Lakes, Toledo, Ohio

A great time was had by all who attended the recent CAMM meeting at the National Museum of the Great Lakes in Toledo, Ohio. See the complete slide show on CAMM’s annual meeting page.

The National Museum of the Great Lakes opened on April 25, 2014 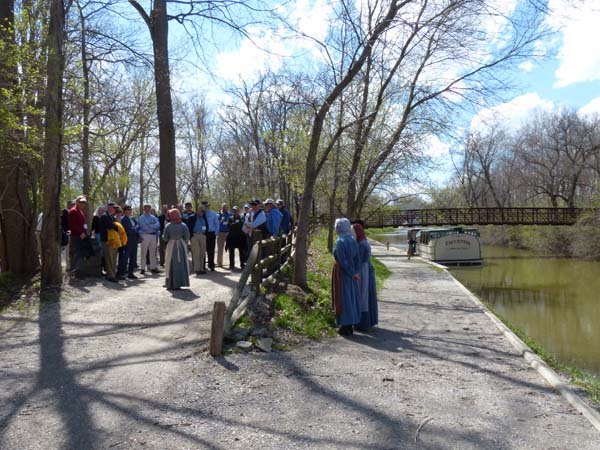 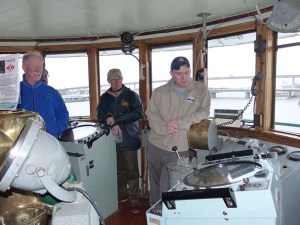 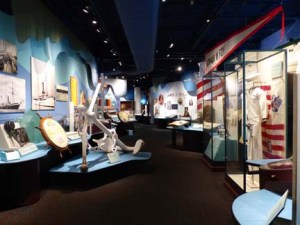 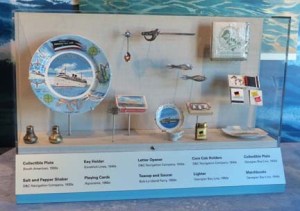 The new National Museum of the Great Lakes, Toledo, Ohio, combines the Great Lakes Historical Society’s extensive collection of artifacts with various interactive exhibits for different age levels. Kids can stoke a steamship boiler with artificial coal while adults can track commercial shipping on a computer monitor. Hundreds of artifacts, ranging from a second-order fresnel lighthouse lens to tourist collectibles from passenger vessels, are distributed throughout. The amount of material is a little overwhelming but the interpretive panels are designed so that a person can take in only the major points or pause to read more detailed information. 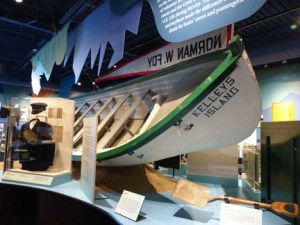 KELLEYS ISLAND, the oldest lifeboat used by the U.S. Life-Saving Service on the Great Lakes

Although located on the Maumee River near Lake Erie, the museum interprets all the Great Lakes with four exhibit themes: Exploration & Settlement, Expansion & Industry, Safeguard & Support, Shipwrecks & Safety. As you enter, a short film gives an introductory overview with dramatic lights and sound effects.

Outside, the museum ship S.S. Col. James M. Schoonmaker will impress you with its enormous size. It was the largest freighter on the Great Lakes when built in 1911 by Great Lakes Engineering Works in Ecorse, Michigan. Its capacity of 15,000 tons was a dramatic increase over other existing freighters’ capacity of 3,000 to 12,000 tons.

Schoonmaker carried coal, iron ore, and other cargo from Duluth to Cleveland and other ports for the Shenango Furnace Company. Sold to Interlake Steamship Company in 1969, she was renamed Willis B. Boyer in honor of a former chairman of the board. Sold in 1971 to the Cleveland Cliffs Iron Company, Boyer was retired in 1980 after 69 years of service.

Opened to the public in July 1987, Boyer became a visitor attraction on the Toledo waterfront. Recently restored and then rechristened Col. James M. Schoonmaker on July 1, 2011, one hundred years after her original christening, the freighter has been repainted in her original colors of the Shenango Furnace Company.

The official opening of the National Museum of the Great Lakes will be April 26, 2014. Two days later, representatives from maritime museums as far away as Astoria, Oregon; Santa Barbara, California; and Houston, Texas; will be on hand to celebrate and support the new facility as part of the annual conference of the Council of American Maritime Museums (CAMM). Maritime museums included on the program include Michigan Maritime Museum; Split Rock Lighthouse, Minnesota; Mystic Seaport, Connecticut; Smithsonian’s National Museum of American History, Washington, D.C.;  Maine Maritime Museum; The Mariners’ Museum, Virginia; and Chesapeake Maritime Museum, Maryland.